Can Some Foods Help Prevent Alzheimer’s?

Sinking your teeth into a sweet strawberry might help ward off Alzheimer’s disease, according to researchers at Rush University in Chicago. 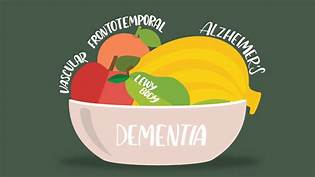 Can some foods help prevent Alzheimer’s? A compound that gives strawberries their color, called pelargonidin, is linked with fewer tau tangles in the brain, according to the researchers. These tangles are a key factor in the development of Alzheimer’s disease, reports Money Talks News’ recent article entitled “Can This Berry Help Prevent Alzheimer’s Disease?”

In a press release, Dr. Julie Schneider, the study author and an associate professor and neuropathologist with the Rush Alzheimer’s Disease Center, commented, “We suspect the anti-inflammatory properties of pelargonidin may decrease overall neuroinflammation, which may reduce cytokine production.”

The body’s cells produce cytokines, which are proteins that can regulate various inflammatory responses in the body.

It’s thought that inflammation in the brain triggers the plaques and tangles that lead to Alzheimer’s.

Tau tangles are a hallmark of the disease, which is caused by abnormal changes with tau proteins that accumulate in the brain.

Of all berries, strawberries have the highest concentration of pelargonidin, the researchers found.

They examined data from a long-term study that dates back to 1997 and that included the dietary information of 575 people who have since died.

Brain autopsies were performed on the study participants.

Although the findings are encouraging, the researchers note that the study was observational and thus does not prove that eating strawberries is directly responsible for helping to prevent Alzheimer’s disease.

The work was published in the Journal of Alzheimer’s Disease.

Study co-author Puja Agarwal, a nutritional epidemiologist with the Rush Alzheimer’s Disease Center, says, “While pelargonidin should be examined further for their role in maintaining brain health in older adults, this gives a simple change that anyone can make in their diet.”

According to the Mayo Clinic, Alzheimer's disease is a progressive neurologic disorder that causes the brain to shrink (atrophy) and brain cells to die. The disease is the most common cause of dementia — a continuous decline in thinking, behavioral and social skills that affects a person's ability to function independently.

To discuss whether some foods can help prevent Alzheimer’s, book a call with the Law Firm of Benjamin D. Eckman with offices in the Wayne, Union and Hackensack.