Below are the top elder law cases for 2015. Enjoy!!! 1. Short-Term Annuities Are Not Resources for Medicaid Purposes In Zahner v. Secretary Pennsylvania Dept. of Human Services the Third Circuit Court of Appeals rules that Medicaid applicants’ short-term annuities are not resources even though the terms were less than the annuitants’ life expectancies. In three […] 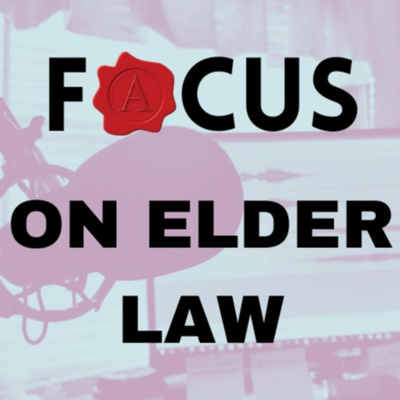 1. Short-Term Annuities Are Not Resources for Medicaid Purposes

In Zahner v. Secretary Pennsylvania Dept. of Human Services the Third Circuit Court of Appeals rules that Medicaid applicants’ short-term annuities are not resources even though the terms were less than the annuitants’ life expectancies. In three separate cases, Pennsylvania denied Medicaid applications on the grounds that annuity purchases were unlawful transfers. Donna Claypoole’s husband transferred money to their children and purchased a five-year annuity and a 14-month annuity before applying for Medicaid on Mrs. Claypoole’s behalf. Medicaid applicant Connie Sanner also transferred money and purchased a 12-month annuity. (Original plaintiff Anabel Zahner is deceased and no longer a party.) The three applicants filed a case in federal court, arguing that the annuities met the requirements of federal Medicaid law and should not have been considered transfers. All parties asked for summary judgment. The U.S. district court granted the plaintiff s summary judgment with regard to the five-year annuities but denied summary judgment with regard to the shorter annuities, holding that the term of the annuity had to “bear a reasonable relatedness to the beneficiary’s life-expectancy.” The court also held that a Pennsylvania statute that purported to make all annuities assignable was preempted by the federal Medicaid law.  The U.S. Court of Appeals for the Third Circuit affirms the district court decision that federal law preempts Pennsylvania’s law making all annuities assignable, but reverses the decision that the short-term annuities are resources. The court writes that “any attempt to fashion a rule that would create some minimum ratio between duration of an annuity and life expectancy would constitute an improper judicial amendment of the applicable statutes and regulations.” The court further holds that an annuitant’s motive in purchasing an annuity is not determinative of whether it is a resource.

2. Applicant with Care Agreement Given Penalty Because Rate Was Too High

In E.A. v. Division of Medical Assistance and Health Services, a New Jersey appeals court rules that the state properly disregarded a Medicaid applicant’s care agreement and assessed a transfer penalty because the rate charged under the agreement was too high and the applicant did not provide enough details about the services provided in order to calculate their value. E.A. lived with her daughter, B.C., from 2004 until 2012. In 2006, they entered into a care agreement in which E.A. agreed to pay B.C. a monthly fee for care. The fee was based on the amount charged by a private home health care company. B.C. occasionally made larger withdrawals than the contract called for and did not keep records of the services provided. In 2012, E.A. entered a nursing home and applied for Medicaid. The state ignored the care agreement and found that B.C. had transferred a total of $244,510 to B.C. and imposed a 936-day penalty period. E.A. appealed, arguing that the state should not have disregarded the care agreement and that the state did not calculate the worth of B.C.’s services. After a hearing, the administrative law judge ruled the penalty period was appropriate, and E.A. appealed to court. The New Jersey Superior Court, Appellate Division, affirms the state’s decision, holding that the state properly disregarded the care agreement. According to the court, B.C. and E.A. did not comply with the agreement when B.C. made additional withdrawals and B.C. was not entitled to the rate charged by the private home health agency because she did not provide the same full-time services as the agency. In addition, the court rules that E.A. did not provide enough details of the types of services actually provided under the care agreement for the state to calculate the value of her services.

3. State Cannot Modify Penalty Period Unless All Assets Are Returned

In C.C. v. Division of Medical Assistance and Health Services,  a New Jersey appeals court holds that a Medicaid applicant’s penalty period cannot be modified unless all the assets transferred during the lookback period are returned. C.C. sold her house and gave half the proceeds ($99,233.75) to her nephews. She applied for Medicaid and the state imposed a 387-day penalty period based on the transfer. During the penalty period, her nephews returned $17,000 to pay for her care. C.C. argued that the state should reduce her penalty period because the nephews returned $17,000. The state determined that it could not reduce a penalty period unless all the transferred funds are returned. C.C. appealed to court. The New Jersey Superior Court, Appellate Division, agrees with the state that the penalty period should not be changed. The court holds that “both federal and state law require the return of all assets transferred during the look-back period in order to modify the penalty.”

4. Caregiver Exemption Does Not Apply When Recipient Receives Home Care

In Estate of G.B. ex rel. M.B.-M. v. Division of Medical Assistance and Health Services, a New Jersey appeals court rules that an in-home Medicaid waiver recipient’s gift of her house to her daughter does not fall under the caregiver exemption because the reason the mother was not in a nursing home was because of the in-home Medicaid benefits she received, not her daughter’s care. G.B. received 30 hours a week of in-home care through a Medicaid waiver program. G.B.’s daughter, M.B.-M. also lived with G.B. and helped to care for her. G.B. sold her house to M.B.-M. and received a profit of $27,320.29. G.B. reduced the net proceeds of the sale by giving M.B.-M. $42,000 in equity as a gift. When Medicaid discovered the transfer, it determined G.B. was not eligible for benefits for a period of time. G.B. appealed, arguing that the transfer of the home equity to M.B.-M should be exempt because it was a transfer to a caregiver child. After a hearing, the administrative law judge (ALJ) agreed but the state rejected the ALJ’s conclusion, ruling that M.B.-M was not a caregiver child because in receiving 30 hours of care per week, G.B. was legally an institutionalized individual. Following G.B.’s death, M.B.-M, her executor, appealed pro se. The New Jersey Superior Court, Appellate Division, affirms the state’s decision, holding that the caregiver exemption does not apply. According to the court, the 30 hours of care a week that G.B. received was the functional equivalent of being an institutionalized individual. The court rules that “although [M.B.-M] cared for her mother during the relevant time period, the key factor that permitted G.B. to remain in her home until 2009 was the Medicaid assistance she received through the services provided by the [state].”

In the Matter of the Estate of Tracy Solivan, a New Jersey appeals court rules that the state has the right to recover improperly paid Medicaid costs from the probate estate of a woman who was under guardianship despite the estate’s claims that the funds were properly paid and that the recovery violates federal anti-lien provisions.  Tracy Solivan was injured at birth in 1977 and received a cash settlement that was deposited into an account managed by the county surrogate until she reached the age of majority.  Ms. Solivan received services from the Division of Developmental Disabilities (DDD) throughout her life as well as Medicaid benefits from the Division of Medical Assistance and Health Services (DMAHS) from 2002 to her death in 2012.  When Ms. Solivan turned 18, her mother was named as her guardian.  In 2002, a co-guardian was appointed and the funds remaining with the county surrogate were turned over to the guardians, who used them to fund an investment account. After Ms. Solivan died, DMAHS claimed that she had been ineligible for Medicaid for the 10 years prior to her death because the funds paid to her guardian by the surrogate placed her well over the program’s $2,000 resource limit. DMAHS asserted a claim for more than $2 million against Ms. Solivan’s estate for those improperly paid benefits.  (DDD also filed a claim, but the parties agreed that DMAHS’ claim had priority and would more than exhaust Ms. Solivan’s estate.)  The estate objected, claiming that the funds were properly paid and that the recovery violated federal anti-lien laws.  The Chancery Court ruled in favor of the state and Ms. Solivan’s estate appealed. The Superior Court of New Jersey, Appellate Division, upholds the lower court’s ruling.  The court finds that once Ms. Solivan’s assets were distributed to her guardians, they were available to her without court approval and, therefore, counted as resources for Medicaid purposes.  Regarding the anti-lien argument, the court writes that “DMAHS does not seek a lien on decedent’s recovery for benefits paid prior to entry of the personal injury settlement.  Rather, it is required to recoup benefits incorrectly paid to a decedent at a time she was not eligible to receive those benefits. Accordingly, the statute does not preclude a lien imposed on a decedent’s estate for ‘benefits incorrectly paid on behalf of such individual’.”

In C.W. v. Division of Medical Assistance and Health Services, a New Jersey appeals court holds that a Medicaid applicant who was assessed a 10-year penalty period cannot “relitigate” her application by fi ling a second application after some transferred assets were returned. Nursing home resident C.W. gifted to her children $539,352.25 in cash and her home, valued at $324,582.86. She applied for Medicaid in March 2008 and the state assessed a 10-year penalty period due to the transfers. She did not appeal the decision. The children returned some of the cash and the home. C.W. sold the house and deposited the proceeds into a bank account in the name of the children. The children entered into an agreement with C.W. to pay for her nursing home care out of the proceeds. C.W. applied for benefits again and the state assessed a six-year penalty period due to the returned assets. C.W. requested a fair hearing, arguing that the agreement with her children was a trust-like document. The administrative law judge (ALJ) recommended that the penalty period be adjusted downward based on the agreement. The state rejected the ALJ’s recommendation and reinstated the original penalty period, holding that C.W. could not “reopen” her original application. C.W. appealed to court. The New Jersey Superior Court, Appellate Division, upholds the original 10-year penalty period. The court rules that there is no evidence “supporting the proposition [C.W.] should be able to relitigate a previously-adjudicated and finalized penalty through a subsequent and wholly independent reapplication.”

7. Medicaid Applicant Who Won Injunction Is Not Prevailing Party

Benjamin D. Eckman, Esq. concentrates his practice on Elder Law & Estate Planning. Elder law is intended to broadly assist “extended living”. An elder law practitioner provides the legal information necessary for persons whose lives will extend or have already extended beyond the time when all children are usually out of the house and when regular employment ceases. After the elder law attorney and client complete their work, legal documents have been drafted, tax considerations have been analyzed, and a plan to protect the elder’s estate has been implemented.