Where Can I Retire Abroad If I Only Speak English?

Home » Blog » Where Can I Retire Abroad If I Only Speak English?

Check out these English-speaking options for retirement abroad. 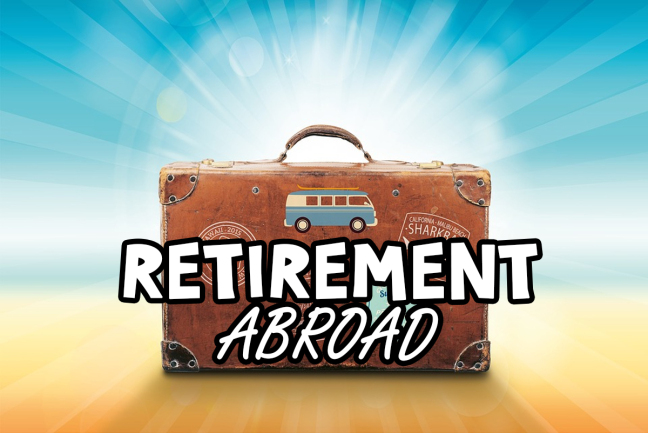 Where can I retire abroad if I only speak English? One of the most important choices you have to make when you set off for a new life overseas is whether you’re up for learning a new language. Moving to a new country can be daunting, especially if you don't speak the local language. However, there are several countries and areas where tackling a language isn't required. In some places, English is an official language, while in others the expat community is so well-established that English is widely spoken.

US News’ recent article entitled “Best Places to Retire Overseas Where English Is Spoken” looks at a number of English-speaking overseas retirement destinations:

A former British colony, Belize stands out as the only English-speaking country in Central America. This country offers a variety of lifestyle opportunities, from Caribbean beaches to bucolic villages surrounded by farmland or dense jungle. It’s a popular choice for beach and nature lovers. Outdoor recreation opportunities are endless, from fishing and scuba diving to trekking and river rafting. The cost of living is low. However, you will probably need to invest in a four-wheel drive vehicle to traverse the unpaved roads.

Cyprus is the third-largest island in the Mediterranean with 400 miles of coastline. It’s surrounded by clear blue waters and has year-round warm weather and sunshine. English is so widely spoken that you would never have to learn the local language. Locals even speak English among themselves.

Ireland is rich in history, culture and lore. The Emerald Isle has beautiful countryside to explore, fascinating history, friendly locals and plenty of activities to keep you busy. In Ireland's many villages, you’re likely to be enveloped in the Irish community spirit and made to feel at home. However, Ireland’s rent, transportation and general living expenses are high.

Boquete is a tiny town in the highlands of western Panama with one of the biggest and most established expat communities in the world. This area has stunning natural beauty, lush tropical forests and exotic flowers. The town has banks, small grocery shops, eateries and some health care services. However, it doesn't have a major hospital. The cost of living is closer to what you would expect to pay in a small U.S. city rather than a rural Panamanian town. Panama also offers a visa specifically for retirees that includes countrywide discounts and perks.

Ajijic is a picturesque colonial town situated at 5,000 feet above sea level on the shores of Lake Chapala, Mexico's largest lake. It’s full of historical charm, with narrow cobblestone streets lined with colorful houses, boutiques, art galleries and restaurants. Unlike other parts of inland Mexico, English is widely spoken in Ajijic.

At Europe's westernmost tip with 100 miles of Atlantic coastline, Portugal's Algarve region has beautiful beaches, sunny weather and scenic golf courses. The expat community has been established for decades, and English is widely spoken. The cost of living in Portugal is among the lowest in Western Europe.

Modern George Town is a dynamic mix of British colonial architecture, traditional Chinese shophouses and diverse international culture. It’s home to a large expat community hailing mostly from Asian countries and the UK. The city is a top medical tourism destination, and Malaysian health care standards are high and costs are low for critical health services and elective care. The prices of goods and services in general are significantly lower in Malaysia than in the West.

Malta is a tiny island nation in the Mediterranean Sea, where English is the official language along with Maltese. This country is famous for its stunning coastline full of rugged sandstone cliffs, caves, blue lagoons and gold-sand beaches. Malta is also a modern European capital with great shopping by day and entertainment by night.

Barbados provides a quintessential Caribbean lifestyle, with its blue seas, white sands and swaying palms. The weather is warm and sunny year-round. It’s one of the most developed nations in the Caribbean, so the cost of living is also proportionately higher. Almost everyone speaks and understands standard English, which is spoken alongside Bajan, a creole language based in English.

To discuss where can I retire abroad if I only speak English, book a call with the Law Firm of Benjamin D. Eckman with offices in the Wayne, Union and Hackensack.

Reference: US News (Aug. 25, 2022) “Best Places to Retire Overseas Where English Is Spoken”